Berlin is an uninhibited city in many respects and especially when talking about the body and its pleasures. The Germans understand as anybody else that, besides working hard, men and women need to have fun. And no doubt they know it!

A very distinctive feature of this museum is that it’s trying to highlight the importance of the history of sex and sexology literature, the scientists who conducted the first sexual studies such Iwan Bloch, Albert Moll, Magnus Hirschfeld and Max Marcuse.

If you are thinking of visiting the Uhse Beathe Erotik Museum on your next visit to Berlin apartments be aware that time will not probably be a problem, as the museum is open until 00:00 from Monday to Sunday to all the tourists older than 18 who are attracted by the world of sex and for those who are stripped of all taboos revolving around human sexuality. But before you leave the museum don’t forget to visit the first floor, where you will find Beate Uhse’s sex-shop and the most amazing gadgets which will make you think that paradise exists. Definitely a must!

Pay for online classes and live with ease. 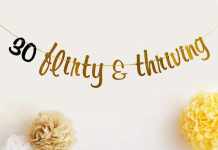 Thirty Flirty And Thriving | What Does It Mean?