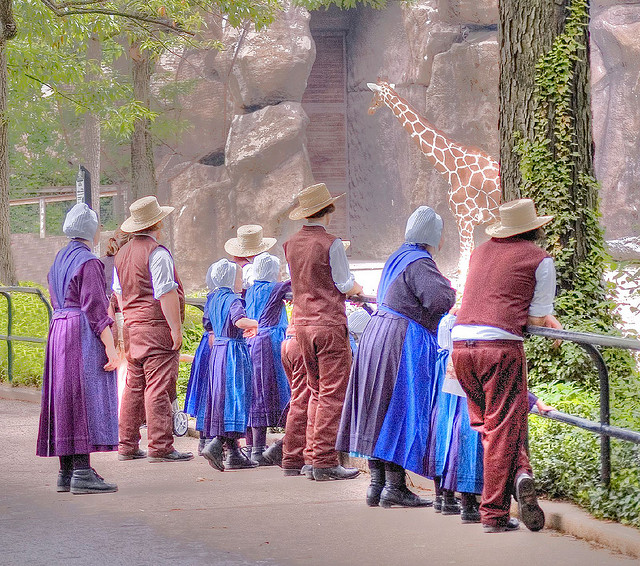 News stories that reaffirm our closely held, baseless, illogic, over-generalizations of a group of people who share only a few basic characteristics with one another: Ah, the joy.

Only fools and charlatans possess the cajones that dare to question a stereotype. I mean, we do have stereotypes for a reason. They don’t just appear out of thin air.
Stereotypes conveniently allow us to simplify the world we live in, placing someone here, or there, or over there, without actually having to know that person intimately.

Oh yeah, and the Amish: They love banging their sisters.

A dirty, 46 year old Daniel Miller from Amish country has been charged with two counts of rape, eight counts of gross sexual imposition and one count of sexual battery, involving five girls between the ages of 11 and 13. And some of these were committed with family members.

Clayton Bigsby, black white-supremacist, once said,”If anyone is gonna have sex with my sister, it’s gonna be me!”

These acts of grotesque magnitude illustrate that Daniel Miller clearly just watches too much of the Dave Chappelle show. News flash: Get from behind the boob tube, it’s warping your brain.

Now, if you weren’t touching these tiny girls taints, maybe you would have built my fireplace by now, and maybe I wouldn’t be bloody freezing.

It’ s already been three months, and I was told It would be delivered 7-10 business days from the date of order. My ability to remain calm amongst this incestual carpentry quackery has all but diminished. Amish folk: you have just lost a great customer.

READ  The Sex Industry of Australia

If you thought the late night Hook Up app that displays all of the DTF members in your community was...