In some ways, this is quite an embarrassing thing to admit. I feel a bit like I’m a teenager again, playing a game of truth and dare and I’ve been trapped into that corner where I’m going to have to admit I’m a virgin (whereupon everyone in the group will laugh at me even though they already knew it and, in fact, are all also virgins themselves. Dammit – why didn’t I choose to do a dare instead?!)

Except I’m not a teenager anymore. I’m in my early thirties and talking about sex is not something you do as a secretive game once parents have gone to bed, giggling as you pass around the one warm bottle of beer you’re all sharing.

But I digress. I guess I’m trying to change the topic or avoid the inevitability of my confession. You see, as society becomes increasingly sexualised, I feel like I have regressed.

Roaming the world, it’s hard to avoid seeing the flirtations between backpackers, the drunken liaisons, the fallouts from the one night stands. Some young travellers treat their journey like a ride on the tunnel of love, hopping onto the oversized swan boat with plans to spread their seed to all corners of the globe.

But that’s not for me. Firstly, I can’t think of anything worse than going into a dark tunnel trapped on a floating bird. And secondly, I know that a globe doesn’t have corners.

So – and here comes the confession, if you haven’t worked it out already – I have taken a vow of celibacy.

Not in the Shakespearean sense. I did not “get me to a nunnery”. Perhaps, with the amount I sing to myself in alpine areas, it’s more like the Sound of Music (without the Nazis).

More importantly, though, I had no partner and I certainly didn’t have any plan on getting one. If I was to spend my time exploring the world and potentially finding myself, I didn’t want it to be compromised by finding someone else along the way. The future I saw ahead of me was one of sexual solitude, where there was no need for compromise – and decisions were made for selfish reasons. Who knows if a simple fling one night might turn into something more serious and the whole plan would be ruined? It wasn’t worth the risk.

The best way to ensure this was to avoid temptation. If the world is the Garden of Eden and all those hot young backpackers are the forbidden fruit, then why not just change my diet. An apple a day may keep the doctor away but it’s just going to make my plan to stay single even harder. The vow was the best protection, the best safe sex (and something I’m sure the Republicans would be proud of).

That’s not to say there haven’t been occasional mistakes over the past year when I have broken my vow. It’s inevitable… Hell, I’m sure even the Pope has masturbated (how else would he know when it’s the coming of Christ?). And, I have to admit, these slip ups or lapses of will power, let’s call them, have been quite enjoyable (that’s the point, right?). But when you give yourself a strict moral code to live by, however flawed some people may think it is in logic and reason, you should have strength to abide by it.

So it is with a renewed commitment that I continue my journey of self-discovery (and, all too often, self-gratification). For me, passion is out of fashion. Where there could be obsession, I find oppression. They say love hurts, but I just find it to be a pain.

After working in broadcast journalism for a decade in Australia, Michael Turtle left Sydney to travel the world indefinitely and write about the places, people and experiences he discovers. His site, Time Travel Turtle, isn’t a diary – they are real stories from the world. 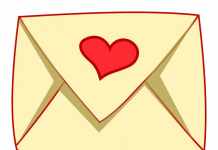 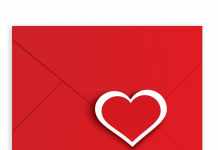 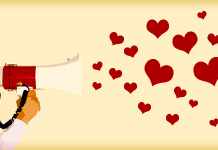 How To Attract Spanish Girls

Whether you choose to chill out beside the pool or hike along the scenic paths during Costa Brava breaks from...